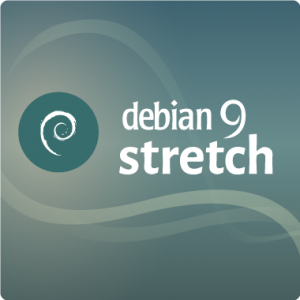 The Debian project has today announced their 9th release, code named “Stretch”. This is a big milestone for MariaDB, because the release team decided to ship and support only one MySQL variant in this release, and MariaDB was chosen over MySQL.

This is prominently mentioned in the press release about Debian 9 and more information can be found in the Debian release notes. We have also written an article in the Knowledge Base about MySQL to MariaDB migration in Debian. Everything has been designed to work so that the upgrade from MySQL 5.5 in Debian 8 to MariaDB 10.1 in Debian 9 should be automatic and smooth. Users are however always advised to be diligent and take backups before they upgrade.

Debian is one of the most popular Linux distributions and its codebase is used in hundreds of derivatives, some of which are also widely used, the most prominent being Ubuntu. The previous Debian release included MariaDB 10.0 and was the first release of Debian to include any version of MariaDB at all. Ubuntu debuted with MariaDB 5.5 in Ubuntu 14.04 and has since had any version of MariaDB available in Debian unstable at the time of the Ubuntu release.

MariaDB inclusion in official Debian repositories has been a long requested feature, with the first “Intent to package” bug report filed in January 2010 by Phillipp Kempgen. Due to the complexity of the packaging, getting to this point required the efforts of numerous people and broad collaboration among multiple MySQL variant developers and packagers. Some of the most active members in the Debian MySQL packaging team have been Otto Kekäläinen, Kristian Nielsen, James Page, Robie Basak, Andreas Beckmann, Daniel Schepler, Arnaud Fontaine and Ondřej Surý. The number of people who contributed patches to the mariadb-10.1 package codebase alone is over 30, and when taking into account everybody who wrote good bug reports, did upgrade testing, documentation and everything else in Debian and Ubuntu, probably close to 100 people were involved. The collaboration that revived the stagnated MySQL 5.5 maintenance in Debian and lead to rewriting much of the MySQL and MariaDB packaging in Debian (and Ubuntu) to support all security and automation features available in these distributions, and getting the latest versions out for users to enjoy, is in itself a good showcase of how Free Software and Open Source development can work at its best.

Along with MariaDB Server 10.1 itself, Debian also ships with the Galera provider and MariaDB Connector C++. Other connectors are not included in Debian, as developers are more likely to install e.g. the ODBC Connectors using Java development tools. All of the packages in official Debian repositories have been designed to replace all previous versions available from separate repositories, so that end users can enjoy the security, stability and quality assurance the Debian official repositories and the about 1000 Debian Developers producing it can deliver.

Contributing to MariaDB in Debian and Ubuntu

If you want to participate in MariaDB packaging in Debian/Ubuntu so that it is perfect for you or your organization’s needs, please join the pkg-mysql-maint team in Debian.